In general, Denmark’s banking sector is stable and banks have increased their capitalization since the start of the financial crisis. In the Danish banking sector, the total capital ratio was 23%.

In 2018, ten percentage points more than in 2008. In addition, the fixed capital index was 19% in 2018. Both indicators have remained stable in the last three years. The Danish banking sector also proved to be well capitalized and stable in the stress tests carried out by the European Banking Authority).

The Danish financial sector is one of the most digital in the world, and digitization continues to evolve thanks to new initiatives such as the new mobile application for online login solutions, NemID. This is one of the initiatives aimed at fighting the growth of Internet crime against banks and their customers. Most of the digital development (including the new mobile app) was accomplished thanks to good cooperation between the public and financial sectors.

At the end of 2018, the total amount of Danish bank deposits amounted to € 130 billion, corresponding to an increase of 4.6% compared to 2017. In 2019, a new initiative was launched, Aktiesparekonto, which gives Danish citizens a new opportunity to easily invest at a favorable tax rate in savings of up to approximately € 6,500.

In early 2019, Finance Denmark organized a Forum on Sustainable Financing, which included leading company employees, think tanks, and experts in the field of climate and sustainable development. The forum will help support the EU’s transition to a more sustainable economy. 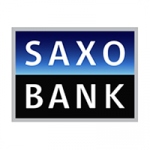 Banks' Branches and ATMs in Denmark

Trying to find a bank branch or ATM in Denmark?
Choose your bank from the list below, click on the title and get the full list of branches/ATMs with addresses, contacts and opening hours.

SWIFT/BIC Codes of Banks in Denmark

Full list of Danish banks’ BIC/SWIFT codes that are used to make domestic and international payments and money transfers in Denmark.